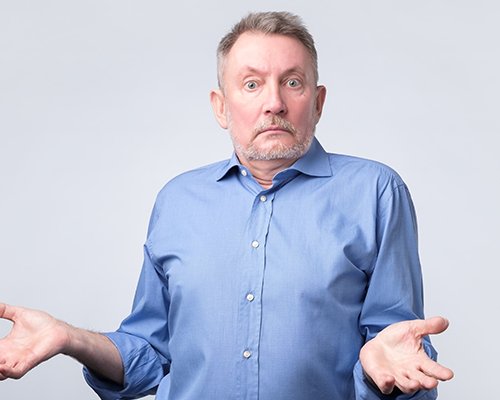 If you have ever been awakened in the middle of the night with a sharp, yet unexplained pain in one of your joints, you probably wondered what on earth could be causing it. You may have even asked yourself, “It couldn’t be gout… could it?” Perhaps you think gout is unlikely because of your age, gender, eating habits or other factors. However, if you’re an adult and you’re experiencing excruciating nighttime joint pain, there is a chance it could be gout.

What is gout, exactly?

Gout is a medical condition that can cause a person to experience incredibly painful attacks in a joint, often in the middle of the night. The underlying cause is excess uric acid in the body.1 In most people, uric acid dissolves in the bloodstream, passes through the kidneys and leaves the body in the urine.1 For some people, however, the body either produces too much uric acid or the kidneys release too little.1 This excess uric acid can form crystals in a joint that can trigger the painful attacks known as gout flares.1

But… I’m too young

Gout is the most common form of inflammatory arthritis, affecting primarily men over 45 years of age.2 In recent decades, however, researchers have found that gout is affecting younger people.2 Even more concerning are the findings of a 2016 study, which indicate that gout may be more severe in people who develop the condition before age 40.3 The study found that people who develop gout at younger ages may have more frequent flares with more joints involved as their disease progresses.3

The belief that gout affects only men is a common misconception.4 Although it’s less common in females, it is still possible for women to suffer with gout.5 Did you know that nearly a third of all American gout sufferers are women?6 (Women represent 3.3 million of the 9.2 million gout sufferers in the US.6) It should be noted, however, that women tend to develop gout later in life than men—about 10 years later, according to one study.5 This is because the uric acid level in most women tends to creep up as they get older.5 It is believed that the higher estrogen levels in women’s bodies prior to menopause may help protect them from developing gout.4 According to Brian F. Mandell, MD, a rheumatologist at the Cleveland Clinic in Ohio, “The clock starts ticking after menopause in women.”4

But… my hand hurts—not my big toe

Gout usually strikes the big toe joint first, but that’s not the only place it can start.1 Other joints commonly impacted by gout include the ankles, knees, elbows, wrists and fingers.1 And gout doesn’t necessarily affect only joints—in some people, uric acid crystals can accumulate in the urinary tract and cause kidney stones.1

But… I don’t eat red meat or drink beer

Uric acid, the root cause of gout, is produced when the body breaks down purines.7 Purines are chemical compounds that occur naturally in the body and are also found in certain foods and beverages.7 When asked to name the food and beverage most likely to trigger a gout flare, most people would probably say “steak and beer.”7 While it’s true that steak and beer contain high levels of purines, there are many other high-purine foods and drinks that you might not suspect as gout flare triggers.7 Among them are7:

But… I’m sure it’s not my diet

Contrary to popular belief, not all cases of gout result from eating too much rich food.8 A 2018 meta-analysis of the genetics and dietary habits of more than 16,000 healthy American adults revealed that the impact of genetics on the risk of developing gout was much greater than that of diet.8 The results of two recent Japanese and Taiwanese studies further support the connection between genetics and gout.9,10 So if you eat a diet that is mainly plant-based, abstain from alcohol, avoid sweets, are otherwise healthy and still suffer with gout, it’s possible your genes are to blame.8–10

A person may go for months between attacks, but gout doesn’t necessarily go away during these pain-free periods.11 For many people, uric acid continues to slowly and silently build up in the bloodstream, forming the crystals that eventually will trigger another attack.11 If gout goes untreated, flares can happen more often and last longer.12 They can occur again and again in the same joint or affect multiple joints.12

Okay, so maybe it is gout. What should I do?

Although gout is a manageable condition, only about one in every 10 people who suffer with it receive the treatment they need on a regular basis.13 If you suspect you have gout, make an appointment to see your doctor. You may want to download and complete the Gout Flare Questionnaire (from Resources for Patients) before your appointment. If your doctor finds that gout is the source of your pain, medication may help. Many doctors prescribe their adult patients urate-lowering therapy (ULT) to reduce the amount of uric acid in the bloodstream and a colchicine medication such as Mitigare® (Colchicine) 0.6mg Capsules or Generic Colchicine Capsules to help prevent flares.14,15

NOTE: This article was not written by a medical professional and is not intended to substitute for the guidance of a physician. These are not Hikma’s recommendations for gout flare prevention, but rather facts and data collected from various reliable medical sources and guidelines. For a full list of resources and their attributing links, see below.