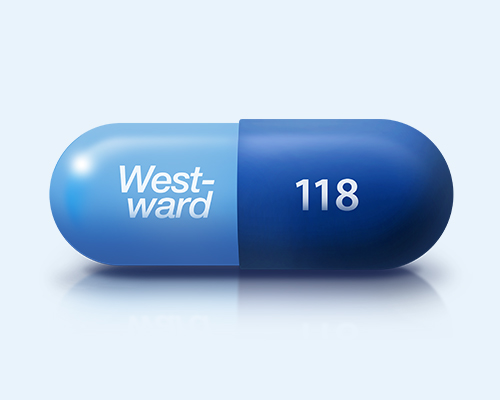 Our bodies manufacture uric acid as they metabolize purines, which are found in many foods and drinks.1 Causing painful swelling and redness in one or more joints, gout flares often occur first in the big toe.2 Gout flares may also show up in the heels, instep, ankles, knees, elbows, hips, thumbs and fingers.1

To prevent gout flares, the Task Force Panel (TFP) of the American College of Rheumatology recommends oral colchicine as a first-line option.3 The TFP also recommends as a first-line option (although with a lower evidence grade than for colchicine) the use of low-dose NSAIDs (such as naproxen 250 mg, orally, twice a day) with proton pump inhibitor therapy, or other effective suppression therapy for peptic-ulcer disease and its complications, where indicated.3 In its evaluation of colchicine for gout flare prevention, the TFP specifically recommended low-dose colchicine (0.5 mg or 0.6 mg, orally, once or twice a day).4

Colchicine may help prevent flares in adults with gout

Fortunately for adults with gout, medicines to help prevent gout flares are available. One such medicine that your doctor may prescribe is colchicine. Colchicine, which is derived from a plant sometimes called the autumn crocus or meadow saffron, was discovered centuries ago.5 Colchicine is the active ingredient in a prescription medicine called Mitigare® (colchicine) 0.6 mg capsules. Mitigare® is FDA-approved to help prevent gout flares in adults.6

Colchicine, the active ingredient in Mitigare®, can help prevent gout flares in adults.6

Fewer total flares with colchicine 0.6 mg than with placebo6

43 patients starting allopurinol were randomized to receive colchicine 0.6 mg or placebo for up to 6 months. The chart shows the mean number of acute gout flares at the 0-3 and 3-6 month time periods, and overall.6

Colchicine 0.6 mg therapy has been shown to be safe in adult patients who are candidates for colchicine therapy

In a six-month study of prophylactic use in adult patients with recurrent gout, colchicine 0.6 mg was shown to be well tolerated.6 The most commonly reported adverse reactions with colchicine are gastrointestinal symptoms, including diarrhea, nausea, vomiting, and abdominal pain.7 Colchicine may not be right for all adult patients; consult with your doctor about other medications you are currently prescribed and review the complete safety information available in the Package Insert.

The safety and effectiveness of Mitigare for acute treatment of gout flares during prophylaxis has not been studied. Mitigare is not an analgesic medication and should not be used to treat pain from other causes.

Colchicine is once again affordable to more people

In 2009, the Food and Drug Administration (FDA) approved the first branded version of colchicine. Although all other colchicine formulations, including the formulation for Mitigare®, had been sold for many years, the FDA removed them from the market after the 2009 approval. The FDA removed these products because they had not gone through the FDA’s formal drug review process. As a result, patients who tried to refill their colchicine prescriptions found that their previous colchicine medications were no longer available. The only prescription option available was a newly-branded colchicine product offered by a pharmaceutical company that charged $5 per pill—a price 50 times higher than that of previously available colchicine pills.8

Consider the capsule for the prevention of gout flares

Mitigare®and its authorized generic are the only colchicine medications for the prevention of gout flares in adults that are available in capsule form. The Mitigare® True Blue Savings program provides the first fill for as little as $0 and offers $5 refills for eligible patients.*

*For all eligible patients 18 years or older who are legal residents of the United States or Puerto Rico. First 30 days are as little as $0 only for eligible patients. Maximum savings of $65 on the first fill and $50 on refills. Click here for complete Terms & Conditions and eligibility requirements.

The Mitigare® capsule and its authorized generic come in a distinctive two-tone blue capsule, which is easy to identify. According to the FDA, older adults who take more than one medicine should be able to tell them apart by size, shape, color and form (tablet or capsule).9

Fatal overdoses have been reported with colchicine in adults and children. Keep Mitigare® out of the reach of children. Blood dyscrasias such as myelosuppression, leukopenia, granulocytopenia, thrombocytopenia, and aplastic anemia have been reported with colchicine used in therapeutic doses. Monitor for toxicity and if present consider temporary interruption or discontinuation of colchicine.

NOTE:  This article was not written by a medical professional and is not intended to substitute the guidance of a physician. These are not West-Ward’s recommendations for gout flare prevention, but rather facts and data collected from various reliable medical sources. For a full list of resources and their attributing links, see below.