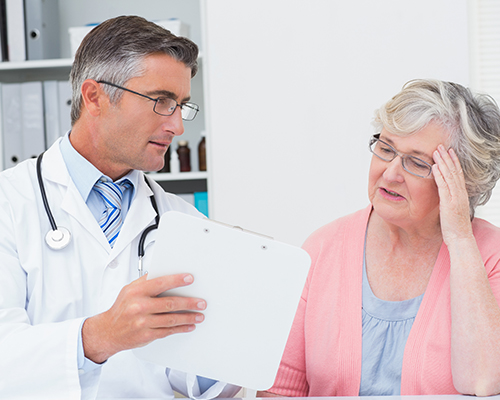 If you’re like a lot of adults with gout, your first experience with the disease was probably very sudden.1 Perhaps you awoke in the middle of the night feeling like your big toe was on fire.1 After spending a sleepless night in excruciating pain1, you may have found yourself asking, “What caused this?”

Understanding gout and gout flares after a confirmed diagnosis

Gout is caused by hyperuricemia, which is the medical term for a buildup of uric acid in the body.1 The body makes uric acid when it metabolizes purines.2 Purines are chemicals found in many foods.2 They also occur naturally in our bodies.2

Although that first gout flare probably caught you off guard, the level of uric acid in your bloodstream may have been rising for months or even years.1 When the uric acid in the bloodstream reaches a certain level, needle-shaped urate crystals can begin to form in the joints, causing the episode of redness, inflammation, and severe pain you may now know as a flare.2

Medical/health triggers of gout can include2,3:

Lifestyle triggers of gout can include2,3:

If you have gout and have experienced flares, you may recognize some of the gout flare triggers listed above. However, everyone is different and not every trigger will cause a flare in every adult with gout. For some, a gout flare up might be brought on by a steak dinner.1 Others might be more likely to suffer a flare if they become dehydrated.1

Talk with your doctor

If think you have had a gout flare, visit your doctor and talk about the symptoms you’ve been having. You may want to download and complete the Gout Flare Questionnaire (from Resources for Patients) before your appointment.

If you have gout and suffer with flares, medication may help. Colchicine, the active ingredient in Mitigare® (Colchicine) 0.6 mg Capsules and Generic Colchicine 0.6 mg Capsules, has been shown to help prevent gout flares in adults.4,5 In a six-month study, adults beginning allopurinol who took colchicine 0.6 mg daily had 82 percent fewer gout flares than those receiving placebo.5 The safety and effectiveness of Mitigare® for acute treatment of gout flares during prophylaxis has not been studied.4 Mitigare® is not an analgesic medication and should not be used to treat pain from other causes.4 The most commonly reported adverse reactions with colchicine are gastrointestinal symptoms, including diarrhea, nausea, vomiting, and abdominal pain.